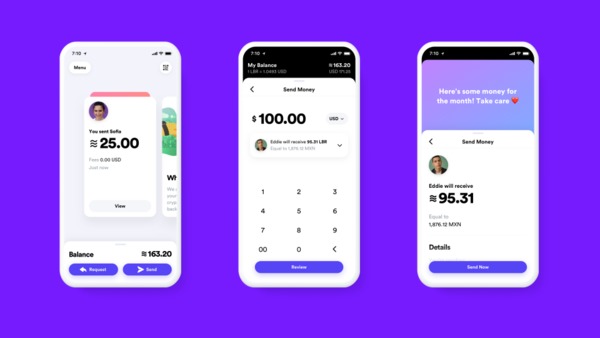 Since Bitcoin first emerged in 2009, some early adopters and enthusiasts predicted that it would quickly replace fiat money, while sceptics maintained it would never reach the mainstream.

Now, ten years on the picture is more complicated. Bitcoin has grown in tandem with the emergence of other cryptocurrencies like Ethereum, Litecoin, Monero and EOS. But one key question remains: How to spend it?

While it’s true that most people don’t use Bitcoin in everyday life, the number of things available for purchase using cryptocurrency is growing along with the number of e-commerce sites offering crypto as part of their loyalty rewards programme. According to CoinMap, an online and fully searchable cryptocurrency registry, 14,967 vendors around the world currently accept Bitcoin.

Of course, the growth of e-commerce is nothing new, but how does it fit into the future of cryptocurrency? According to Randall Stephens, economist and editor of cryptpresso.com, “Currently, banks act as intermediaries between buyers and sellers on the internet. That’s not a big problem for people who already shop online. However, there are many people who could benefit from online shopping but can’t open a bank account.”

This is particularly true for people in countries where conventional banking is underdeveloped. Estimates from the World Bank’s Global Financial Inclusion database suggest that there are more than two billion people worldwide who fall under this category.

“Cryptocurrency could connect those people with the world of e-commerce. After all, they just need an internet connection to get started. There’s no list of requirements for downloading a wallet and using digital coins as a means of payment,” says Stephens.

For most people, the biggest limitation of cryptocurrency is the inability to conveniently spend it on everyday goods and services. Crypto critics argue that much of the activity in the cryptocurrency market stems from individual trading and price speculation, which is responsible for extreme volatility and price fluctuations in those markets – and a barrier to more widespread acceptance.

The bottom line is that when cryptocurrencies can be spent easily and conveniently, massive mainstream adoption will follow. For that to happen, major businesses need to buy into the idea. And that time may be sooner than we think.

In May the BBC reported that social media giant Facebook is set to roll out its own cryptocurrency. In June, Facebook confirmed its new subsidiary Calibra, would be launching its own digital wallet to participate in a new global currency powered by blockchain – a cryptocurrency called Libra.

The Calibra wallet will be available in Messenger, WhatsApp and as a standalone app — and is expected to launch in 2020.

Calibra will let you send Libra to almost anyone with a smartphone, as easily and instantly as you might send a text message and at low to no cost. In time, it also hopes to offer additional services for people and businesses. It will use the same verification and anti-fraud processes that banks and credit cards use, and makes promises about protecting information and privacy as well as live support.

Libra will be governed by the Libra Association, a group of companies that will have an equal say in how the cryptocurrency is managed. Almost 30 firms have joined and Facebook hopes another 70 or more will enter the fold in the immediate future.

The Libra Association doesn’t include any major retail brands, but does include Visa, Mastercard, PayPal, Uber, Lyft, Spotify and our very own Naspers. The Libra Association says its mission is to enable a simple global currency and financial infrastructure that empowers billions of people.

This cryptocurrency ecosystem will be entirely open-source, allowing messaging apps and other platforms to seamlessly integrate Libra cryptocurrency payments into their systems.

But, caution is understandable. In August 2018, the tech world was abuzz with news that Starbucks planned to accept Bitcoin. The company later clarified that it had no plans to accept Bitcoin just yet, but that work is ongoing on a conversion programme to allow the exchange of cryptocurrency for cash. Similarly in South Africa, Pick n Pay ran a pilot a few years back, but decided not to pursue accepting cryptocurrency for now.

But another coffee brand is already embracing crypto and using it to reward loyal customers. In 2018, the Swiss brand Lattesso announced it was teaming up with qiibee for a blockchain-based loyalty program. Essentially, the power of the digital technology will be harnessed to introduce better benefits and rewards for members in Switzerland, Germany, Austria, and Russia. According to a qiibee press statement, “The blockchain loyalty platform allows retail merchants to create their own branded token to provide to members as a reward. Members can redeem the token with the same retailer or convert into another token to redeem at a different participating retailer. They can also sell on an exchange for cash or other cryptocurrencies. qiibee aims to bridge the gap between modern day loyalty systems and the cryptocurrency industry.”

The company says blockchain-based loyalty programmes are less risky for retailers as data storage of customer information is more secure and comes with lower management costs as well.

During last year’s Mobile World Congress event in Barcelona, the Japanese e-commerce giant Rakuten announced the launch of its own cryptocurrency, Rakuten coin. Rakuten plans to use the system to better serve international customers through its loyalty programme. Rakuten CEO Hiroshi Mikitani described Rakuten coin as a “borderless currency that will revolutionise the brand’s existing business model.”

European Mobile engagement company, MobileBridge, also announced its own blockchain-based cryptocurrency called Momentum in 2018. The company says Momentum offers retailers a full suite of tools for better engagement with followers with data driven insights, while also providing consumers a one-stop shop for all their rewards and loyalty cards for each of their favourite stores, brands, and restaurant chains.

According to MobileBridge, the current value of the loyalty rewards market is somewhere around USD500 billion annually. “By introducing blockchain technology and cryptocurrencies, Momentum is able to focus on revenue, brand awareness and loyalty on a much larger scale, and provide consumers full control and visibility,” said CEO of MobileBridge Momentum Kees de Voss at the time of the launch.

Cryptocurrency may still be as far away from mainstream as credit cards were when first introduced in the 1950s, but early signs show the potential for significant impact on e-commerce, loyalty programmes and beyond.

What is more certain is the need for cryptocurrency to evolve through online platforms so that trade becomes easier for retailers and shoppers alike.