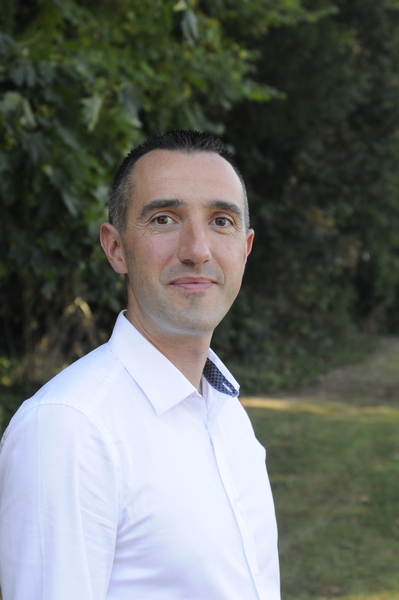 The boss of French home improvement retail conglomerate Leroy Merlin in South Africa, Cedric Sennepin, has bigger investment plans to grow the footprint of the brand in South Africa following the opening of its first store at Stoneridge Centre in Edenvale, Johannesburg, last year.

Sennepin was a keynote speaker at the SACSC’s 9th Annual Research Conference in Sandton Central in April. Leroy Merlin is one of the largest home improvement retailers in the world and the South African store represents its first foray on the continent.

Sennepin says despite the “Zuma factor” and challenges in the local economy in recent years, Leroy Merlin saw great opportunities in South Africa and made a decision to invest in the country a few years ago.

Leroy Merlin first opened a small pilot store at Stoneridge Centre in 2017, ahead of the opening of its flagship 17 000sqm store at the centre in September. Stoneridge is owned by JSE-listed Real Estate Investment Trusts (Reit) Redefine Properties and is located next to Edenvale’s regional Greenstone Mall.

Sennepin says the big-box outlet is Leroy Merlin’s first fully-fledged store in Africa and more stores are in the pipeline for South Africa. “We believe it was a good business decision, because despite the Zuma factor and other challenges in the country at the time, the reality is that South Africa is a democracy. We still see it as a good long-term investment destination with huge potential, especially with South Africa having a strong and established retail sector in place,” he explains.

“Leroy Merlin’s entry into South Africa has actually grown the home improvement market, rather than taking away market share from local competitors. We have three local competitors in the area around Greentstone (Builder’s Express, Cashbuild and Jacks Paint), and all have increased their turnovers since we opened. We are trying to do something different in the market, rather than focusing on taking away market share,” he adds.

Sennepin says the group’s rollout plan has been well thought out and will initially focus on greater Johannesburg, before expanding in other parts of the country. Leroy Merlin is not rushing to open a whole lot of stores at once; in fact, its second store in the country only opens in August this year. This will be almost a year after the opening of the first store at Stoneridge Centre last year.

“Our second store will be opening in Little Falls, Roodepoort, in August this year and we also have a store that will open in Boksburg later this year. In addition, we have plans to open a store near Fourways Mall, but this store is set to open next year,” he adds.

Speaking on the topic of innovation and the future of retail at the SACSC Research Conference, Sennepin says the Leroy Merlin group embraces the concept of experiential retail and having an omni-channel offering.

While the group currently only has one store in South Africa, several news stores are planned. However, Leroy Merlin also has a strong online store and digital presence.

“We have created a whole new shopping experience in the home improvement market in South Africa, with innovations such as a building materials drive-thru as well as DIY and décor workshops for shoppers and home improvement enthusiasts at our store, which have become very popular,” says Sennepin.

“Customers are also increasingly looking for a seamless shopping experience and we believe in the next few years traditional till points will virtually disappear. We aim to bring new experiences to the market and have clearly created a buzz around Leroy Merlin in South Africa. For example, we have more than 100,000 followers on our South African Facebook page and we launched our website a year before our first major store opened near Greenstone,” he adds.

Sennepin, who was in charge of digital transformation within the group in France before being posted to South Africa a couple years ago, notes that the company’s website is just one element of the Leroy Merlin experience. He says besides the in-store service and experience, the company is highly active on digital media platforms as well as customer review sites including Google.

“Leroy Merlin has invested heavily in the digital technology side of the business as part of its entry into the South African market. In fact, we decided to open less stores here and chose to invest in our digital tech and online presence first,” he says.

“This is paying off. One just has to compare our online retail website to our competitors to understand how easy it is to search for products online and make purchases. Today, it is essential for traditional retailers to invest in digital platforms and online retail,” Sennepin concludes.