How has the consumer evolved in the past decade? 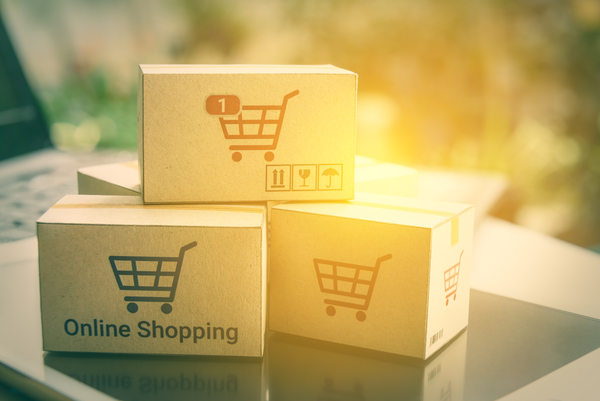 Gone are the days when we could say, “Advertise it and they will come.” Today we must create products and experiences with and for specific consumer audiences, if we want them to become loyal customers.

That’s because consumer behaviour has undergone a huge transformation in an incredibly short period of time, as part of an evolution that continues to exert a profound impact on shopping and retail trends and relationships.

Yes, yes – that’s largely down to the Internet. But remember that, in South Africa, consumers don’t view shopping options as either-or. They take a hybrid approach, partly as a function of the accessibility of mobile solutions in a country where data remains exceptionally expensive.

But it was 1939 when he said it. And the wise man was Professor NSB Gras of Harvard Business School, the inventor of the discipline of Business History.

Today, 80 years later, Prof. Gras is perhaps more correct than ever – because we’ve watched the consumer metamorphosise over the last decade from a complacent in-store browser to a manic researcher who is ravenous for responsive retail and expects the ultimate customer experience.

So, what has changed?

What did the consumer caterpillar look like a decade ago, and what developments have created today’s virtual-basket-toting butterfly?

Ten years ago, Twitter conquered the world, according to many analysts. But it wasn’t the only social media platform to do so. Facebook grew even more rapidly, adding 200 million new users, raising $200 million dollars.

By 2009, Amazon had moved beyond being a bookseller, also trading in groceries and music, and the iPhone had reached its third generation.

But back in those days, particularly in South Africa, the way consumers shopped for products was very different to the way they shop today.

They trusted brick-and-mortar stores above all else. They didn’t have access to widespread price comparisons. And they found themselves at the mercy of large companies and seasonal sales if they wanted discounts.

It took three primary paradigm shifts, including the emergence of technologies and platforms like Facebook, Amazon, and smartphones, to make consumers into the creatures they are today: Deloitte’s “consumers-in-chief”.

The starting point is commonly referred to as “The First Moment of Truth”.

This is how, in the early 2000s, marketers at Procter & Gamble referred to shopping behaviour at the point of purchase. Theirs was a linear, retail-focused model, which accurately captured the consumer’s decision process when buying a product (First Moment of Truth), experiencing a product (Second Moment of Truth), and eventually becoming loyal to the brand.

The connected consumer and The Zero Moment of Truth (ZMOT)

With access to smartphones and the Internet enabling shoppers to go beyond the shelf when evaluating a product, they became “connected consumers”.

The Internet disrupted the essential mission of retail – product, place, price and time – because it could (arguably) deliver on all of them.

Consumers demanded the ability to engage with brands at will, no matter where they were. Companies responded by investing in e-commerce, moving into social media and mobile, and providing the first heady tastes of “omnichannel”: shopping anytime, anywhere and any way we want to.

Therefore, when consumers needed something – say, razor blades – they wouldn’t go to the shops to buy them. They’d go online to search for “the best razor blades”. And that’s the Zero Moment of Truth: when digital channels – social media and search – influence the customer decision journey.

But then, Shift #2 happened.

A new model popularised by McKinsey & Company gave marketers a more relevant way to think about the customer journey.

It had begun as a sales funnel, around the same time as the ZMOT, with the consumer moving linearly through awareness, familiarity, consideration, purchase, and loyalty. But then the “empowered consumer” emerged, straying from old-fashioned shopping to their own path to purchase.

The empowered consumer needed a more iterative decision process, and so McKinsey presented the loop model, instead of the usual straight-line approach from awareness through purchase to loyalty.

The empowered consumer hopped between different stages of the funnel, and between multiple companies. Only after product research, online price comparisons and consulting their networks, would they set foot in a store.

This is why companies build apps, says McKinsey: “It makes the entire purchasing process easier.” It cites Amazon as the textbook exemplar, with an app, a one-click purchase path, and minimal obstacles in the buyer’s way.

With product information and reviews available online, consumer attitudes changed dramatically. And because they were no longer dependent on salespeople for information, shoppers became empowered consumers who also knew as much as, or more than, retail staffers.

The ZMOT and the loop funnel became too slow, because consumers’ evaluation cycle shortened from multiple days or hours to minutes or seconds.

If a product does not convince them to buy right now, you’ve lost their attention, possibly forever, and they are unlikely to return.

This shift heralded an accelerated loyalty journey; one that does not only focus on providing the information needed to evaluate a company’s products, but also on delivering it in the shortest time to the most targeted segments.

And so, enabled by machine learning and artificial intelligence, more and more companies have started to conduct “hyper-speed targeting”.

By necessity, then, data-driven segmentation is changing the way retailers market to consumers. The combination of purchasing data with customer preference information, search data, demographics and location data enables retailers to split large customer profiles into much smaller niches.

Customers are empowered with data about products, pricing, and competition, but they expect retailers to get to know them as well. And they are more likely, on this basis, to take immediate action.

Beyond the action, however, the consumer-in-chief also wants a say in the “last mile”, the oft-overlooked experience between the purchase and the final touch-point of delivery. S/he demands after-sale choice, flexibility and personalised attention: in-store purchases shipped home, online purchases picked up in-store, or even drive-through pickup and easy returns.

And here at home?

Well, the consumer-in-chief is in evidence in South Africa, even with our hybrid approach to retail. Consider the fact that our economy continued to struggle in 2018, with GDP growth of just 0.8% according to Stats SA, and yet Internet retailing saw double-digit growth – particularly in mobile.

Given the complete transformation of consumer behaviour over the last decade, could fully digital be the next phase in our butterfly’s metamorphosis?