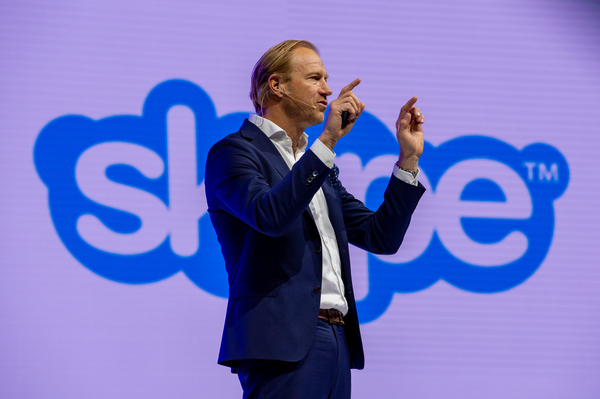 Whenever Jonas Kjellberg, asks this question, the majority of his audience would bet on the fast beating the slow. But he wonders whether this is really true.

Kjellberg is a serial entrepreneur, investor, author and a man who loves the thrill of disruption, best known for his role as the former CEO of Skype.

When he first joined Skype, where he was instrumental in beating the seemingly unbeatable competition, Kjellberg waded through a sea of scepticism. He ventured where many would not have believed he would be able to generate 90% of their revenue stream by applying one simple philosophy – innovating in zeros.

“It was hard for people to imagine that someone could go up against all the traditional telco giants of the world, and win. We had no money, and we were fighting the whole telco industry. We couldn’t even afford marketing,” he says.

Then came his idea of innovating in zeros. Skype knew they had to provide a free service to attract customers, but that meant minimising costs that traditional telco companies couldn’t avoid. They didn’t need to invest in infrastructure because their customers already had Internet.

Skype decided not to buy expensive servers but instead used excess processing power in the user’s computers. No money for marketing? No problem. They spread the word to their users’ email contacts, and all they had to do was click on a button and express their delight with the service. And believing that customer services only made customers angrier, they decided it was not necessary.

The company that struggled in the beginning, had completely rethought the traditional business model. And after two years, Skype was sold to eBay for an astonishing USD2.6 billion.

According to Kjellberg, companies like Uber, Airbnb or even Google have also innovated in zeros. And they have successfully built their empires on eliminating costs where it previously seemed impossible.

One of Kjellberg’s biggest failures came before his time at Skype, when he served as vice president of Bertelsmann for Lycos Europe, the second-largest search engine at the time. The very same day he joined the organisation, Google was founded. When the topic of buying Google came up, the company’s lawyers advised the board against it. Google was “totally overvalued, there is no business model,” they said.

Lycos tried a different model to fight off the challenge from the upstart search engine. “Do you think it was a success?” Kjellberg asked. “No. It was an epic failure. It all came down to the fact that Google just had a better product.”

Eliminating cost is just one way of playing the zero game.

“If you look at Apple, they have a solid value proposition, and they innovated in zeros by putting an extra zero behind their price. And If you can take 30 euros for a charging cable, you must be doing something right,” he says.

“Of course, you call in the consultants. And they show up on their shiny horses and tell you how bright the future is going to be. It’s all about predicting the future. The question is, what do you do with this information? I would say nothing,” he says.

“The hard part here is defining how significant the change will be. The most relevant trends will have 100% uptake. So, you need to decide is this the champion you want to back and do you want to go all in?”

E-commerce is one of those trends that Kjellberg says will define the future. He says innovating in zero drives change. “But look at the total revenues in the music industry. By bringing music to the Internet, this took away distribution costs. But what happened is that the revenues imploded. It was a very profitable business, but by rethinking things and innovating in zeros on the distribution costs, the money disappeared. And now the money is all generated to the likes of iTunes and Spotify.”

Kjellberg reveals that the founders of Netflix tried to negotiate with Blockbusters in their early day, but Blockbusters turned them down. Why? Because their existing business model was so much more profitable. And this is exactly what is happening with the whole retail market. “It’s imploding because someone else is doing it, and they are doing it cheaper. I would say that the hardest part for you, as retailers, is accepting that your business model is not viable anymore, because you really love it and because you’re making so much money.”

When Kjellberg offered some perspective on e-commerce as a more efficient business, every retailer he spoke to laughed at him and said ‘no’.

“They said, ‘but you have all the returns Jonas, that is madness’. But that’s what my perception was. It’s a more efficient way of selling. They said no, this is never going to work. The exciting thing is that data taken from their last capital markets says that they’re making more money today, and they’re making more money by selling items in online stores. And they’re growing online because at the end of the day it’s a more efficient model.”

Kjellberg advises in conclusion not to be afraid of that change. “And if I could leave you with only three things to remember, it would be to keep your focus on what it is you are selling, to whom and how you are selling it, and why are you selling it. Whatever the answer, it is important to always look at why your customers should care.”