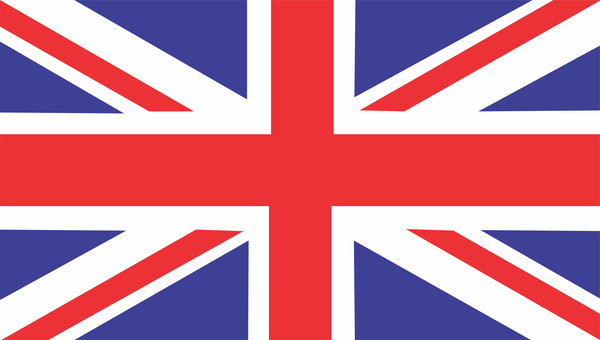 Developers are keeping busy throughout New England with a slew of projects that run the gamut from urban redevelopment and historic preservation to new, ground-up suburban shopping centers. “There are exciting projects happening all throughout New England,” said Michael Branton, vice president of leasing at Burlington, Mass.–based KeyPoint Partners.

Boston Seaport The region is home to several large mixed-use developments that are attracting attention for their massive size alone. For example, Rock Row is being carved out of an 110-acre quarry in Maine, while Tuscan Village is being built on the sprawling, 170-acre site of the former Rockingham Park racetrack, in New Hampshire. One of the common themes across the developments under way in Connecticut, Maine, Massachusetts, New Hampshire and Rhode Island is an increased focus on mixed-use that encompasses restaurants, fitness and entertainment, along with an assortment of residential, office and hotel components. “We’re at an inflection point with retail, where a lot of landlords are looking for tenants that will drive traffic,” said Branton. Food remains a big driver. Boston alone has three new food hall projects in the works: High Street Place, in the financial district; the Hub on Causeway; and Time Out Market Boston, in Fenway. At the same time, traditional grocers remain active in the anchor role: Market Basket, Roche Bros. Supermarkets, and Trader Joe’s are among those that have recently opened or that have stores in process.

Arsenal Yards, Watertown, Mass. Adaptive reuse and redevelopment of existing retail centers is another major theme. There are numerous shopping centers that were built between 1970 and 2000 and that have served their purpose and need to be repositioned or refreshed, says Sam Kallmerten, a leasing representative at Brixmor Property Group. Owners are focused on adding new facades, repositioning empty big-box stores or increasing densities, and Brixmor has a substantial pipeline of such projects throughout New England, says Kallmerten. “We’re really focused on investing in the assets we have, especially the better assets,” he said. Developers and retailers like the New England market because of its high population density. By the same token, it is a mature market known for the scarcity of its building sites and for its tough zoning laws. “We really have a great crop of developers who are creative and committed to delivering quality projects,” said David Steinberg, CLS, director of leasing at Ocean State Job Lot, a discount retail chain active throughout New England. Leasing activity has been very strong in the region. Boston, in particular, boasts a strong tech and biotech sector that has been driving economic growth, says Steinberg. “The great thing about our industry is that we tend to reinvent ourselves,” he said. “You see the negative headlines of store closings, but everyone that I talk to is so busy. There are new concepts coming to shopping centers that are replacing some of the tenants that have gone out. It’s a great time to be in the industry.”

Watertown, Mass. Arsenal Yards Boylston Properties and The Wilder Cos. are developing Arsenal Yards, a mixed-use development under construction along the Charles River, in Watertown, east of Boston. The project, a redevelopment of the former Arsenal Mall, comprises 250,000 square feet of retail, 300 apartments, a 150-room hotel and other space. Arsenal Yards sits on the historic Watertown Arsenal site and combines new construction and the preservation-renovation of the two existing historic Arsenal buildings. Among the tenants are AY Fitness, a City Works Eatery & Pour House, a Majestic cinema, a Roche Bros. and a Shake Shack. There is also a Hampton Inn & Suites by Hilton, along with some residential space. Construction is going on now, with some openings planned for late this year.

Westbrook, Maine Rock Row Waterstone Properties Group is developing a former quarry near Portland into a 2 million-square-foot mixed-use experiential destination on 110 acres. The development will offer retail, dining and entertainment, and offices, plus hospitality and residential space. The 8,200-capacity Maine Savings Pavilion concert venue opened in May. Phase one, which includes an 80,000-square-foot Market Basket grocery store, a Paper Store and a Starbucks, among other retail tenants, is to open in 2020. Rock Row will offer year-round entertainment and events programming, and visitors can enjoy walking along the lake and boating. Salem, N.H. Tuscan Village The grounds of the historic Rockingham Park racetrack are being transformed into a mixed-use development that will span 2.8 million square feet when fully built out. Developer Joe Faro acquired the property in two phases, in 2015 and 2016. The master plan calls for 800,000 square feet of retail, along with about 1 million square feet of office and medical space, plus two hotels and about 900 residential units. The 170-acre project is located along I-93 and Route 28, south of Salem, and lies adjacent to the Mall at Rockingham Park. The first phase delivered some 200,000 square feet of retail this past spring, including a Market Basket grocery store. Construction on the second phase is to commence this fall, with completion tentatively set for the fourth quarter of next year.

Norwalk, Conn. The SoNo Collection Brookfield Properties is developing this 700,000-square-foot project with Nordstrom and Bloomingdale’s stores and about 100 small shops. Some 87,000 square feet of public space will feature outdoor and indoor garden spaces and a rooftop garden, plus several plaza areas. SoNo, at the intersection of I-95 and Highway 7, is set to open this fall.

Cranston, R.I. Garden City Center The Wilder Cos. kicked off its redevelopment and expansion of Garden City Center in 2012. The company completed the 30,000-square-foot fourth phase of this now 544,000-square foot, open-air, mixed-use center last year. Legal Sea Bar, Tavern in the Square, The Simple Greek and Tropical Smoothie Cafe all opened in this latest phase. Among the other tenants are Anthropologie, LA Fitness, L.L.Bean, Lululemon Athletica and Whole Foods Market.