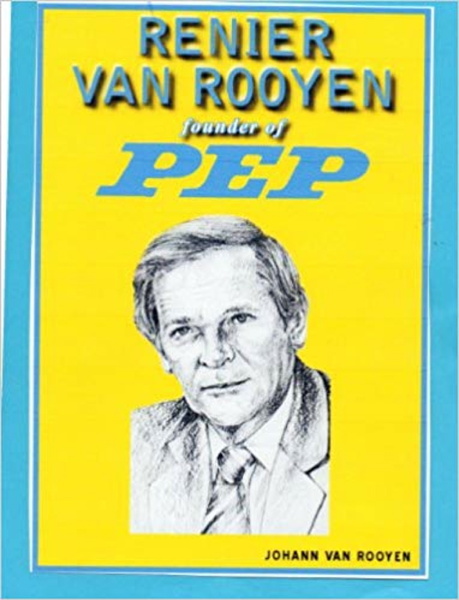 Boasting more than 2.4 million square metres of retail space, JSE-Listed Pepkor Holdings Limited is reputed to now be the largest non-grocery retailer in South Africa and Africa. It has in excess of 5200 stores across 12 African countries and does over 400 million transactions annually.

“We are not a small company… Many people underestimate the size of this business,” CEO of Pepkor Holdings, Leon Lourens, told the country’s top retail property owners at Pepkor’s first Landlord Information Session in 7 years. The event was held at Meerendal Wine Estate in Durbanville on 28 March.

Lourens threw out all the big stats, including that Pepkor now has over 50000 employees, remarking, “size does matter”. He says that one of the group’s “best market propositions is that it has so many alternatives”, by being able to “take anywhere from 20m² to 2000m² of retail space”.

But, what was music to the ears of the more than 100 shopping centre landlords attending the event is Pepkor’s aggressive expansion plans over the next three years for most of its big name South African retail brands. For its 2019 financial year alone, it is targeting increasing space by up to 4%.

This may sound low, but in the context of the group’s size this represents almost 100,000m² of new retail space. Put another way, it equates to Pepkor having all the shops in a centre larger than the size of the Eastern Cape’s biggest super-regional shopping centre - Baywest Mall.

“Despite the sluggish economy and the markets, we are one retail group that is taking space. We want to build closer partnerships with our landlords to expand our retail footprint further,” notes Lourens, who has almost a three-decade history with the company.

He says that when Pep’s founder, the late Upington-born entrepreneur Renier van Rooyen, opened the first store in De Aar in 1965, the vision was to offer “value at the lowest price” for its customers. Today, while Pepkor Holdings has more than 20 retail brands, the vision and strategy remains largely the same with its target market being mainly the lower income market.

“We are now a diversified retail champion of significant size and scale, combining some of Southern Africa’s most iconic retail brands,” declares Lourens. “With the JD Group now part of Pepkor, some of our brands are over 100 years old, such as Russells and Bradlows,” he adds.

Lourens concedes that last year was an “eventful year” for the group, but says that it still grew its retail space by 3.6%. He notes that Pepkor’s operating profit for 2018 was still in the double digits compared to most of its other retail peers. “We actually outperformed the market in a tough year.”

However, he also says things seem to be looking worse for the South African economy and consumers this year. “We are mostly a cash business, and with discretionary spending under pressure, we are seeing it in our numbers… Revenue growth is down from 10.9% for our 2018 financial year, to 6.1% for the first quarter of 2019,” he adds.

“These are numbers that we are not used to,” Lourens declares, however he maintains that the group’s expansion plans were “still going ahead, like nothing has happened”. He says the group plans to open around 300 stores this year.

“Our two biggest retail brands are Pep and Ackermans. Together, we are talking more than 2200 stores currently… And, not one is unprofitable. Within these two chains we have some new initiatives that we are experimenting with, and appeal to landlords for support. Not all will work, but it is important that we work together,” he adds.

Mentioning Edcon, Lourens joked with landlords: “Don’t worry we’re not pulling an Edcon on you.” However, he ended his presentation saying that the Edcon deal “creates a precedent”. He highlights that “all retailers are experiencing tough economic times” and teased landlords “we hope to be thankful with what we receive”, speaking in the context of Pepkor being the largest non-grocery retailer in South Africa.