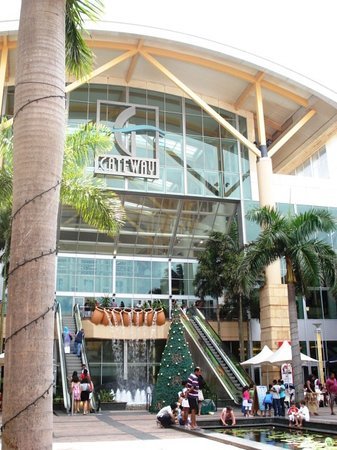 The Cape Town International Convention Centre recently played host the South African Council of Shopping Centres (SACSC) Annual Congress. Broll Property Group proudly sponsored this year’s retail industry showcase, which kicked off the 23rd staging of the event on October 16. The highlight of the first day was the announcement of the 2019 Retail, Design and Development Awards (RDDA) winners and the winner of the coveted Spectrum Award.

The RDDAs are awarded annually in recognition of outstanding achievements in retail design and development within the South African retail sector. The aim is to encourage developers, designers and architects to evolve continuously by innovating and adapting to creatively and overcome the challenges prevalent in a shifting retail ecosystem.

Sponsored by Nedbank CIB Property Finance, the RDDA entrants are carefully considered by the experienced judges across a number of categories. New retail developments, renovation and/or expansion of established spaces, retail design in restaurants, in independent retail outlets and in large national retailer stores are all acknowledged separately, with the prestigious Spectrum Award being presented to the overall winner. Chief Executive Officer for the South African Council of Shopping Centres (SACSC), Amanda Stops, was full of praise for the 2019 RDDA entrants. Commenting after the awards presentation she said, “On behalf of the SACSC, Broll and Nedbank, I would like to congratulate this year’s RDDA winners. Once again, the judging panel had near-impossible decisions to make.”

She added that this year’s entrants showed an unprecedented level of distinction across all judging criteria. “We were particularly impressed with how initiatives have responded to evolving consumer needs. The retail market is more dynamic than ever, and it’s great to see that our local players are more than meeting the challenge.”

This year, top honours in their respective categories went to the innovative design of the Cycle Lab Megastore’s retail space (spanning over half an acre); the contemporary and stylish Yuppiechef store in Cape Town’s V&A Waterfront complex; and the funky and fun Menlyn-based Salsa Mexican Grill restaurant.

The emergence of the South African urban lifestyle consumer was highlighted with winners of both the New Development and the Renovation/Expansion categories going to urban-centric retail initiatives. Moolman Group’s Rand Steam development won in the New Development category. The “fresh new style and the vibe” of the Queenswood Quarter in Pretoria had the judges awarding the unrecognisable centre with both the Renovation/Expansion award and the RDDA Spectrum Award.