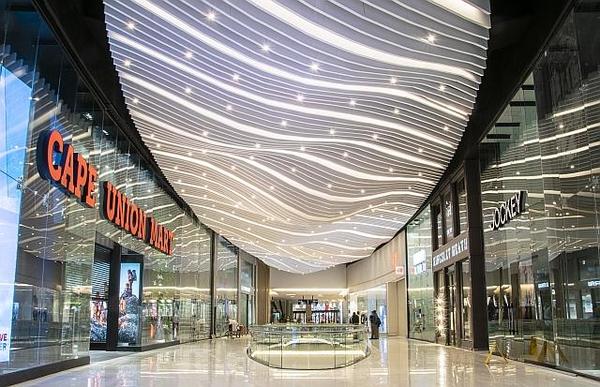 Considerable renovations and extensions at mega malls could create disruption and discomfort for retailers and their patrons. So, how could centre managers and stakeholder sustain seamless service and ensure inconvenience is limited?

Members of the Fourways Mall marketing team seem to have managed getting their communication ducks in a row before, during and after an extensive three-year revamping project. Zoe van Onselen, Head of Marketing for the Fourways Development, says they jumped in with an active community communications strategy even before the clamour and clutter associated with construction started in 2016.

The centre management and project team knew a large part of the existing parking areas were going to be taken over by construction activities on site. Part of the initial project was to transform one of the open parking areas into a convenient multi-level parkade with direct access into the new mall extension.

Therefore the first step was to inform residents and visitors about interim parking arrangements. Parking space around the older Game Centre was set aside for shoppers, along with several slipways and pedestrian crossings to ensure traffic flowed well throughout the open areas.

Another feature to support effortless shopping during construction, was the introduction of a complementary golf cart service. It operated seven days a week in selected trading areas to link the shoppers with different sections of the Mall.

Tony Koupis, Development Manager of Azrapart., announced at the time, “We will be keeping our shoppers up to date via online channels and through a strategic communication plan.” The team subsequently maintained an active presence on Facebook, their website and the print media.

The overarching message to residents and shoppers by Koupis was that the temporary disruption would eventually make way for “one of the most fantastic retail nodes in South Africa”. Loyal shoppers were also thanked regularly for their patience and continued support during the construction.

By the end of 2016 the first new features were introduced with the launch of a new lower level Food Court. With almost 30 brands at hand, no visitor to Fourways Mall will go hungry.

The food court experience also had extensive play areas added to keep the little ones busy. It includes the presence of an exciting trampoline concept company, Bounce. They settled in, along with many international brands launching in the local South African market, as part of the new mall expansion.

The extended, upgraded and rebranded mega-mall was completed recently and offers an exciting new mall experience of international standard. As part of the relaunch there were numerous fun and exciting campaigns lined up to celebrate this improved mall experience.

The over-arching theme being the newly-launched, colour-coded zones within the mall and the parking, including the associated characters created for shopper convenience. It is a process enabling the shoppers to understand and correlate the way finding and characters. For example Starbucks is in the Green/Penguin Zone but Woolworths is in the Orange/Parrot Zone.

From experience with their agencies, the marketing team decided that an eight-week campaign was the ideal way to launch ‘the mall with character’. This was divided into the pillars of the strategy – FUN - FASHION - FOOD - FAMILY, allowing the full mall tenant mix to get involved in their relevant weeks of the campaign.

Twenty years on, the mall has been established as a landmark shopping destination in one of the strongest nodes of Gauteng, to approximately two million shoppers per month, seven days a week with 24-hour security.

Apart from the wide retail offering, Fourways Mall provides numerous exhibition areas where promotions are exposed to the vast monthly audience roaming the centre. All displays are assessed, ensuring they conform to the highest standards through strict quality control.

Eventually a total of 90 000m² has been added to the centre, reaching a total of 178 000m² of super-regional shopping centre space. The 250 new stores offer luxury homeware, designer fashion, exquisite jewellery, everyday essentials and banking services, to name a few.

The expansion was completed within the confines of the existing footprint and parking area, joining the original mall, the Game Centre and the smaller Fourways View centre. During the expansion, the interior of the original Fourways Mall also received a facelift to match the glistening look and feel of the new development.

Eventually the mall fits in with plans by the local council to position the Fourways area as a new CBD. A node that has been identified as one of the fastest-growing areas in Johannesburg – the ‘New North’ is in the making and is a vision of Accelerate Property Fund and its development partner.