The Re-evolution of Community Living

Located at the midpoint of the transport corridor between Johannesburg and Pretoria, Waterfall is described by Attacq, the lead developers of the Waterfall City area, as a meticulously planned place created for people and their work-life-play requirements. Work, live and play in one area. Why, exactly?

“In a nutshell,” an article, “The Live-Work-Play Paradigm Is Incomplete” by the online publication, Knowledge Leader explains, “(Maslow) puts forth the theory that our basic human needs must be satisfied before we can become the evolved, self-actualized social beings that (we think) we are. Those primary needs include shelter and property (live); employment and financial security (work); health, well-being, basic socialising and “belongingness” (play); food and water (eat); and finally clothing and “security of resources” (shop).

The article claims that the “Live-work-play (LWP) acronym falls short of describing what we really want” and suggests that “we give this concept the more apt name it deserves: Live-work-play-eat-shop (LWPES).”

“Waterfall’s location is at the nexus of a growing residential and commercial node in Gauteng. The development is extraordinary in the sense that it is unaffected by the constraints of ‘older’ developments and existing infrastructure. In fact Waterfall offers developers and planners the opportunity to create what will eventually become a new ‘green’ city, which has been developed from a completely clean slate, all in accordance with a contemporary urban design and approved planning principles.” [:- http://waterfall-estate.co.za/]

“Once completed, the Waterfall development will eventually comprise of secure residential Estates; mature lifestyle Estates; business parks; a Netcare hospital (already operational); five star hotels; and a number of schools (including Reddam House and Curro) a large clubhouse with full gymnasium (already operational); a cemetery; a Gautrain Station, petrol stations, as well as commercial and retail elements that include the most ambitiously sized shopping mall in Southern Africa, ‘Mall of Africa’, as well as the Waterfall Wilds Centre – both of which opened in 2016.” [:- http://waterfall-estate.co.za/about-waterfall/]

Succinctly put in the words of Attacq Chief Development Officer, Giles Pendleton, “It’s all there.”

Not only is Waterfall emerging as the largest of its kind in South African history, the mixed-use property development is also proving to be the fastest growing urban expansion on the continent. And, it is accelerating. Only 30% of what we see today was finished over the first five years of development. The other 70% has been completed in the five years since.

Ellipse – shaping the future while looking to the skies

Continuing the execution the master plan, developers Attacq and Tricolt have teamed up with dhk architects and recently broke ground on a high-rise residential complex. This latest development in the Waterfall City precinct is set to embrace the modern urban principals of walkability, safety and sustainability while focusing on luxury, aesthetics and convenience.

The team assigned has managed to “design buildings that are iconic all the way around them,” says Aram Lello of dhk Architects. The design was focused on creating, “…something that could welcome you irrespective of whether you are coming from North, South, East or West.”

Tricolt CEO, Tim Kloeck explains the progress so far. “We launched the scheme in November last year,” he says. “To date we’ve sold 214 of the 272 apartments. The first phase is Newton and Kepler. They are 10 and 11 stories.”

He says it equates to R562 million in sales. “I quote Kent Gush…our selling agent, in his 30 years of selling residential real estate, ‘this is (my) most successful launch ever.’ The design philosophy was when we saw the site, we had to do something different…it had to be unique, so we came up with an elliptical shape. It’s a unique shape and that is one of the factors that’s…captured the imagination of the public.”

Luxurious living across the road from luxury shopping

With the iconic Mall of Africa continuing to attract consumers from all over Gauteng, an increase in the population density may or may not affect the numbers of consumers visiting the retailers within.

However, the likely impact will be seen in both the mode of transport utilised by the consumers and the frequency of their visits. The mall itself should expect more walk-in customers. 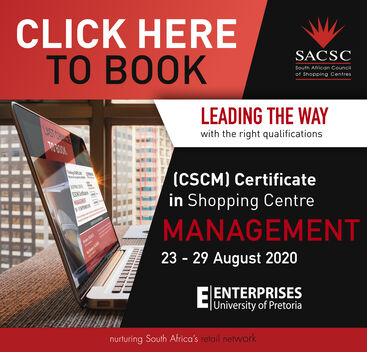 Retailers who want to appeal to the more environmentally-conscious consumer may have found a new avenue, and a road less travelled – digital receipts.

An important update by the SACSC on COVID-19. 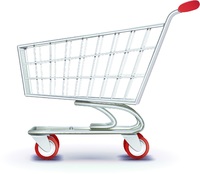 “When the US sneezes, the rest of the world catches a cold…” A popular phrase among business analysts. But what happens when a cluster of large economies suffer retail fatigue?