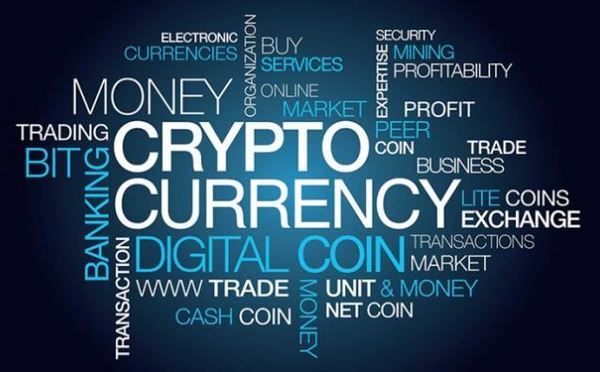 Pick n Pay recently took a big step in possibly transforming the future of South Africa’s payment landscape with their pilot project to test the digital currency Bitcoin as a means of payment.

For a limited period in September, customers at the store on Pick n Pay’s head office campus in Cape Town were able to use Bitcoin to buy goods and services. The checkout process involved scanning a QR code using a Bitcoin wallet app on customers’ smartphones.

Potentially a world first for a major grocery retailer, Pick n Pay’s IT team worked closely with tech innovation teams from local payment technology company, Electrum and Luna to design the process which ran from user registration (FICA), tender acceptance at point of sale to funds authorisation, currency exchange in real-time during the transaction, and instant payment settlement. Richard van Rensburg, the deputy chief executive of Pick n Pay, has however said that the retailer does not expect to accept Bitcoin payments in the near future, at least not until the payments industry and the regulators have established a framework for managing the risks associated with cryptocurrencies.

According to Van Rensburg, Pick n Pay undertook the pilot for two reasons. The first was to explore the potential of cryptocurrencies, which promises to be both frictionless and safe, and therefore, has the potential to be a big game-changer for the retail industry.

The second reason for conducting the pilot had little to do with cryptocurrencies, but rather an exercise for the retailer to prove the opportunity of their value-added services platform and also the speed and ease with which these value-added functions could be implemented.

Pick n Pay has also been working with various partners to build an open interface to their point-of-sale environment that will enable third-party providers to quickly bring in new services, like third-party electronic vouchers, issuing event and travel tickets and purchasing virtual products like airtime and electricity, to their stores.

Another added benefit to the process they designed was the capability to know the identity of their customers, who had to undergo a once-off FICA process to be registered and able to transact.

Worldwide, the payments landscape is changing rapidly, and digitally empowered consumers are driving much of this change. Since 2015, a plethora of mobile payment innovations have been launched, including Apple Pay, Samsung Pay and the Android Pay app on Google Play, with other new payment technologies involving QR codes, such as Snapscan, Masterpass and Zapper. The 2017 Sage Pay Payments Landscape Report, which provides some insights into how South Africans prefer to pay, looks specifically at trends in the flow of cash between businesses and consumers, emerging payment methods and industry innovation in this country.

According to this report, the African continent still boasts the least number of adults with a bank account. South Africa, in contrast, has the most technologically advanced and accessible banking system on the continent, offering great potential for those operating in the payments space. Almost a quarter (23%) of South Africans were unbanked in 2015, down from 25% in 2014, and while this has slowed the adoption of online payment options among consumers, alternative payment methods are, however, on the rise.

Mobile phone usage in South Africa is also high, with nine in 10 people owning a mobile phone. However, only 13% of smartphone owners use internet banking, and almost a third (31%) use cellphone banking. Traditional payment methods, such as credit and debit cards, and cash, are therefore still the most popular among South Africans, who are yet to be significantly challenged by mobile and contactless payments, which have already started gaining ground in markets like the UK and the US.

Out of the 1,033 South Africa consumers surveyed, 84% of respondents said they regularly use debit cards, 80% use cash, and 48% use credit cards. Just over one third of those surveyed regularly use electronic funds transfer. Only 10% frequently use mobile payments such as Apple Pay and only 3% use Near Field Communication NFC.

Interestingly, 49% of these consumers agreed with the statement that South African businesses were lagging behind other countries when it came to introducing new payment methods. Older age groups also demonstrated a greater willingness to move away from cash, with 59% of over 50s saying they either don’t deal in or have little dealings in cash. What’s more, almost all of those surveyed (96%) see the value in businesses offering multiple payment methods and say it promotes a modern and progressive image, suggesting that fast and secure payment methods such as PayPal and in-app payments were the most likely choices.

However, security remains a top priority. More than half of South Africans said they would prefer to authenticate themselves with a fingerprint rather than a PIN when paying with a bank card, according to a MasterCard study. Although a low ratio claimed to use biometric authentication, more than two-thirds consider these methods to be a safe way to make purchases.

Financial regulation in South Africa, which has been designed to protect consumers and businesses from risk, can also create barriers to innovation. However, despite this, there is a wealth of innovation in the payments sector which is, albeit slowly, starting to improve the convenience and cost of payments for both businesses and consumers.

Advantages vs Disadvantages of Bitcoin

Bitcoin is changing the way we do transactions by providing one global ledger system that synchronises across the entire internet so that everyone can access the same ledger account in real time no matter who or where they are. This means that money can easily be transferred between parties without all the lag times and exorbitant fees.

But, Bitcoin also has some reasonably unique risks. As a brand new technology and one that appears to be very secure and robust, there is still always a chance that it might fail. Bitcoin is also more volatile - it can move a lot in value both up or down in a short space of time - than many other currencies, and while this appears to be stabilising over time, it’s sure to experience many highly volatile moments in the future.

Bitcoin transactions are like cash in that they are irreversible - so if you send Bitcoin to the wrong person, or your Bitcoin wallet is compromised and someone steals your Bitcoin, it might be very difficult if not impossible to get it back. Bitcoin is also not backed by any entity, so if you lose your Bitcoin, your service provider or ‘the Bitcoin network’ will not be able to reimburse your funds. Lastly, Bitcoin’s value is determined by the amount of people or business that are willing to accept it, and this is by no means guaranteed. The more it grows, the better it is for Bitcoin, but if fewer people want to use Bitcoin, this will have a very negative impact on the price and might lead to Bitcoin not being used at all.

Um, so what are cryptocurrencies? So, you’ve heard about Bitcoin, and you’ve got some idea what a virtual currency is, but you’re not exactly sure. We asked Dummies – you know, the people who publish books like Blockchain for Dummies (Blockchain is the technology behind Bitcoin), to give us the basics.

Author of the book, Tiana Laurence, is also co-founder of Factom, a company that provides blockchain-based solutions for many business uses, and been named one of the 20 most influential blockchain companies. Laurence explains that cryptocurrencies, sometimes called virtual currencies, digital money/cash, or tokens, are not really like U.S. dollars or British pounds. They live online and are not backed by a government. They’re backed by their respective networks. Technically speaking, cryptocurrencies are restricted entries in a database. Specific conditions must be met to change these entries. Created with cryptography, the entries are secured with maths, not people.

Restricted entries are published into a database, but it’s a special type of database that is shared by a peer-to-peer network. For example, Laurence notes, when you send some Bitcoin to your friend Cara, you’re creating and sending a restricted entry into the Bitcoin network. The network makes sure that you haven’t got the same entry twice; it does this with no central server or authority. Following the same example, the network is making sure that you didn’t try to send your friend Cara and your other friend Alice the same Bitcoin.

The peer-to-peer network solves the “double-spend” problem (you sending the same Bitcoin to two people) in most cases by having every peer have a complete record of the history of all the entries made within the network. The entire history gives the balance of every account including yours. The innovation of cryptocurrency is to achieve agreement on what the history is without a central server or authority. Entries are the representation of cryptocurrency.

Cryptocurrencies are generated by the network in most cases to incentivise the peers, also known as nodes and miners, to work to secure the network and check entries. Each network has a unique way of generating them and distributing them to the peers.

Bitcoin, for example, rewards peers (known as miners on the Bitcoin network) for “solving the next block.” A block is a group or entries. The solving is finding a hash that connects the new block with the old one. This is where the term blockchain came from. The block is the group of entries, and the chain is the hash. Hashes are a type of cryptologic puzzle. Think of them as Sudoku puzzles that the peers compete to connect the blocks. Every cryptocurrency is a little different, but most of them share these basic characteristics:

• They’re irreversible. After you send a cryptocurrency and the network has confirmed it, you can’t retrieve it. Cryptocurrencies are one way, no charge backs. • They’re anonymous. Anyone can open a wallet, no ID required, and have varying stages of anonymity depending on which token you use. • They’re fast and globally accessible. Entries are broadcast across the network immediately and are confirmed in a couple of minutes. • They’re built to be very secure. Cryptocurrencies use the latest cryptographic techniques, but they’re in early development. • They have a controlled supply limited by thenetwork.

Bitcoin is SA’s most popular cryptocurrency

Bitcoin is the most popular cryptocurrency in South Africa, easily beating its closest competitor Ethereum. This is according to the 2017 MyBroadband Cryptocurrency Survey. The survey was completed by 1,598 people, the majority of whom were IT professionals and tech-savvy individuals. 89.94% of respondents who own cryptocurrency own Bitcoin, while 51.05% own Ethereum.