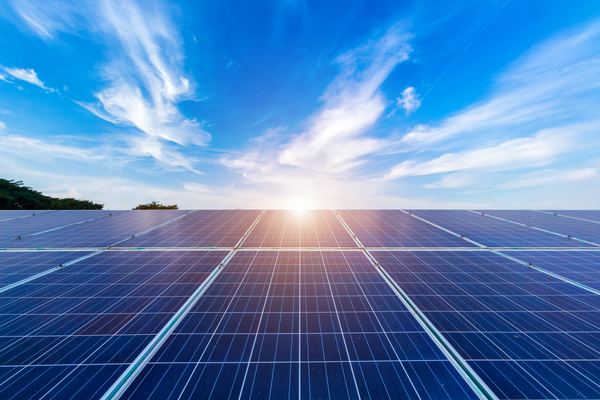 Shopping malls of the future, according to popular science fiction, will be vast atriums built of glass and steel, where hovercrafts buzz overhead, tall forests grow up to the sun, shoppers stroll along moving sidewalks, goods package themselves, and payment is done with a single beam of light.

The future of the shopping mall has already arrived, and the reality is a bit more prosaic, if just as innovative.

Instead, the shopping malls of the future are going to have ‘green design’, will use natural energy and resources, and will try to cut down on their carbon footprint as much as possible. An innovator in this field of evolution is Flanagan and Gerard Property Development and Investment.

Flanagan and Gerard announced an investment of R16 million in order to install state-of-the-art solar plants at its malls in an effort to save energy and to reduce its carbon footprint. They are also taking other measures to evolve into a company that owns the shopping centres of the future.

“Not only is it the right thing to do,” says MD Paul Gerard, “but it makes financial sense. There is a return on costs, and of course there are added benefits. With Eskom being in the situation that it is in, there is a possibility of unreliable energy. And of course, rising energy costs. So, the installing of renewable energy makes perfect financial sense.”

A further solar plant for Mall of the North (co-owned with Resilient REIT and Moolman Group) is expected to be live before the end of the year, and capable of generating an additional 1 MVA. Added to that, Highveld Mall (co-owned with Resilient REIT, Mogwele Investments and Retraction Props) will introduce solar to its energy mix in early 2020, increasing the total solar energy capacity at Flanagan and Gerard’s retail assets to more than 5MVA.

Four of the centres have rooftop solar installations, while Vaal Mall has the only carport installation. “It is worth noting that since the installation, Vaal Mall’s entrance five, where the carports are located, has gone from being the least used parking area and entrance, to the busiest,” says Gerard.

Currently, the National Energy Regulator for South Africa (Nersa) grants independent solar generation for installations up to 1MVA. Anything over this requires a generation license, and only a certain number of licenses are issued per year. Flanagan and Gerard are in the process of applying for additional licenses for their malls to ensure they can add on to current installations in future.

“As a company, we are passionate about our world and looking after its limited natural resources. Reducing the carbon footprint of our shopping centres and future developments will start right from the initial design and planning phase, from the efficient orientation of buildings to maximise on natural light and to allow for the most efficient solar return,” Gerard says.

But Flanagan and Gerard’s commitment to the environment goes much further than solar energy. At their Morningside Mall they have partnered with nearby Redhill School to create an entire rooftop urban garden.

‘We got together with the school management and the kids, along with our architects, our QS and our technical people, and another company that incubates urban farms, and we have set up this farm on our rooftop. We aim to make it completely self-sustaining. The energy will come from the solar panels, the water comes from precipitation. We are not only harvesting rainwater, but we are also using the condensation from the air-conditioners. It is a combination hydroponic farm with traditional rooftop farming. It should be fully underway by the end of the year.”

Other initiatives outlined by management are encouraging the restaurants in their centres to cut down on single-use plastics and to recycle waste as must as possible.

“The secret to something like this is for everyone to embrace the idea fully,” says Gerard. “It requires a lifestyle adjustment, and it requires buy-in from everyone, management, tenants, staff, customers.”

“As far as retro-fitting our shopping centres for solar… that is relatively easy. In the case of Vaal Mall, we discovered that the roof would not be strong enough for the panels. So, we built carports to put the panels onto. And it has worked. All our future designs and plans are going to look at ways to mitigate our carbon footprint.”

He admits there have been problems, but says it is not always perfect, and they are trying as many ways as they can to be more environmentally responsible.

All geared towards creating that futuristic shopping space that would be more eco-friendly.