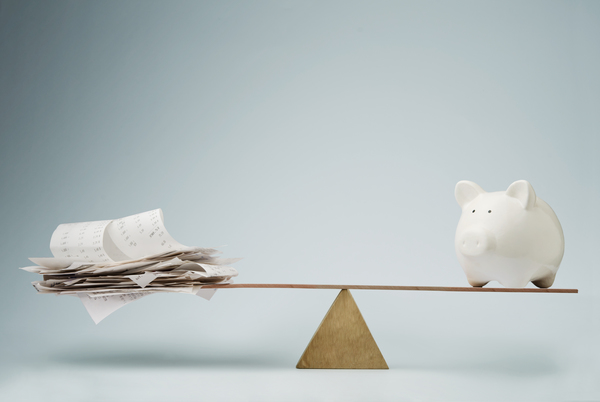 Retailers who want to appeal to the more environmentally-conscious consumer may have found a new avenue, and a road less travelled – digital receipts. The shift away from paper is steadily growing as more and more consumers start to re-think how they consume and where they will spend their hard-earned cash, based on retailers’ stance on and their actions regarding very important environmental issues. A report released by Accenture revealed that 45% of respondents would be more likely to buy from companies that take on social issues through their business practices. And some stores have modified their operations to play their part in saving the planet while also appealing to shoppers. Mr Price is one local example of a retailer offering its shoppers a choice between digital or paper receipts. Makro issues digital receipts, but they automatically provide a paper receipt, as it is required for the security check when leaving the store. So, how far have we come with a paperless society? When it comes to the war on paper receipts and the environmental impact, millennials and young consumers are driving the demand, according to a survey by Green America. Environmental concerns and easy storage are the top reasons for preferring digital. Nearly 40% of respondents had already signed up for digital receipts: 42% in the age group 25 to 34 and 55% in the age group 35 to 44 – older millennials and younger members of Generation X. And among members of the age group 16 to 24 – Generation Z – 33% have signed up. According to the report, 89% of respondents, regardless of whether they preferred paper or digital slips, said they would like retailers to offer digital receipts as an option. The report also noted that a third of consumers want companies to reduce the number of paper receipts, with the US consuming more than 250 000 tons of thermal paper for receipts annually. Among the consumers who preferred digital receipts to paper ones, 70% said digital receipts were better for the environment and easier to store. However, out of the repondents who preferred paper receipts, 64% said they feel more secure with a physical copy, and 39% think that paper copies are a tool for keeping track of their spending. The cons on paper Other studies have shown that approximately 90% of all paper receipts end up in the bin. Most people part ways with their receipts shortly after collection, and many others can’t remember where they kept it if they did at all. This can become a problem when you need a receipt as proof of purchase for warranty claims and returns, tax deductions, personal expense tracking and business expense reporting. Another problem with paper receipts is that they aren’t made to last. They come from the lowest quality paper, and in some instances, the ink may begin to fade in a few hours. By design, a paper receipt is also not easy to store and maintain. A paper receipt is also easy to lose or prone end up in the washing machine along with the laundry. On the other hand digital receipts are seldom lost, and even when they get lost, they are much easier to trace or replace. Paper receipts often also contain BPA or Bisphenol A, a plastic component, which has long been suspected of causing a host of health concerns. Just touching a BPA-coated surface exposes you to the substance as it can be absorbed via the skin, and you can’t compost BPA-coated paper because it can contaminate groundwater. And while not every paper receipt has a BPA coat, it is difficult to distinguish between the two types of paper. In the US alone, over 12.4 million trees and more than 50 billion litres of water are consumed each year in the creation of paper receipts, generating more than half a billion kilograms of waste and almost two billion kilograms of CO2. Paper products fill over one-quarter of all solid waste in landfills, including receipts. In addition to the inconvenience, environmental impact and potential health risks, paper receipts also cost the merchant money. An average paper receipt in the US costs between $0.015 to $0.05 to produce. This means that a merchant printing 1 000 receipts a day spends between $5 475 to $18 250 per year just on the thermal paper. Going paperless could cut the expenses on receipts drastically. Digitally challenged While there are a handful of retailers and POS providers, both locally and across the globe, offering digital receipts in the form of emails and SMS messages to their customers, adoption of these methods has been significantly low. This is partly because of the deep discomfort consumers experience when it comes to sharing their emails and phone numbers with strangers over the counter, not to mention to the potential for spam. Another major problem preventing the adoption of digital receipts is the lack of standardisation and modernisation of the available solutions in retail technology. Numerous retail chains still rely on outdated POS software, lacking in integration capabilities. Adopting a digital receipt system calls for expensive and time-consuming upgrades and integration to existing POS systems. Change is coming Flux, a UK-based digital receipts platform started in 2017, announced in December they had delivered more than one million receipts to customers across the UK, having started 2019 with fewer than 30 000 – an increase of more than 3 000% in one year. Flux, essentially a plugin that sits between banks, payment providers and retailers, uses its matching algorithm to associate individual products purchased with transactions in the customer’s mobile banking app. The result is a per item digital receipt, valid for returns and some of which are valid for VAT calculations. Retail takeaways: • When it comes to the war on paper receipts and their impact on the environment, millennials and young consumers are driving the demand

• According to the research, 89% of respondents, regardless of whether they preferred paper or digital slips, said they would like retailers to offer digital receipts as an option